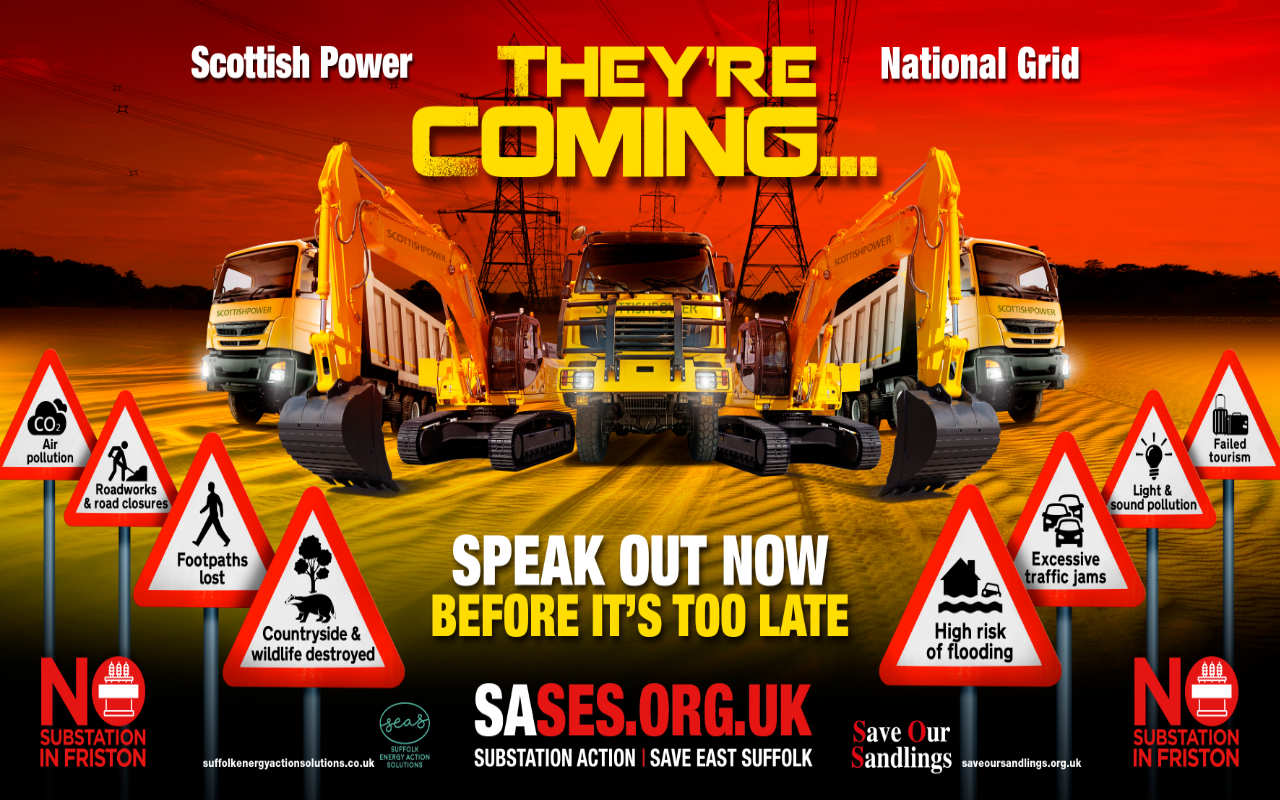 Our campaign launch is co-ordinated with news that NGV (National Grid Ventures) is due to launch a round of public consultation for their Nautlius interconnector project. It is believed NGV will propose further industrialisation of the Suffolk countryside, more cables and more trenching across our AONB. NGVs Nautilus would need a huge ‘convertor station’ requiring 12 or more acres of land for industrial buildings up to 25m high. NGV’s preferred grid connection would be at a ‘Friston connection point’ (a facility yet to be built, a facility that has not even had planning permission granted).

The video addresses the widespread impact of Scottish Power & National Grids proposals including:

Join the campaign – if you run a tourism or hospitality businesses in east Suffolk, on the Suffolk coast please contact us for posters and banners, we have a limited number of FREE promotional media that we can supply, we can also help organise banners and posters for anyone looking to self-fund printing costs.