Scottish Power & National Grid’s proposals set a precedent for unnecessary industrialisation of the Suffolk countryside and the Suffolk coast.

It’s clear consent for SPR’s EA1N & EA2 onshore proposals would start the domino effect that will have dire consequences for protected landscapes on the Suffolk coast and on the lives of  everyone that live here. 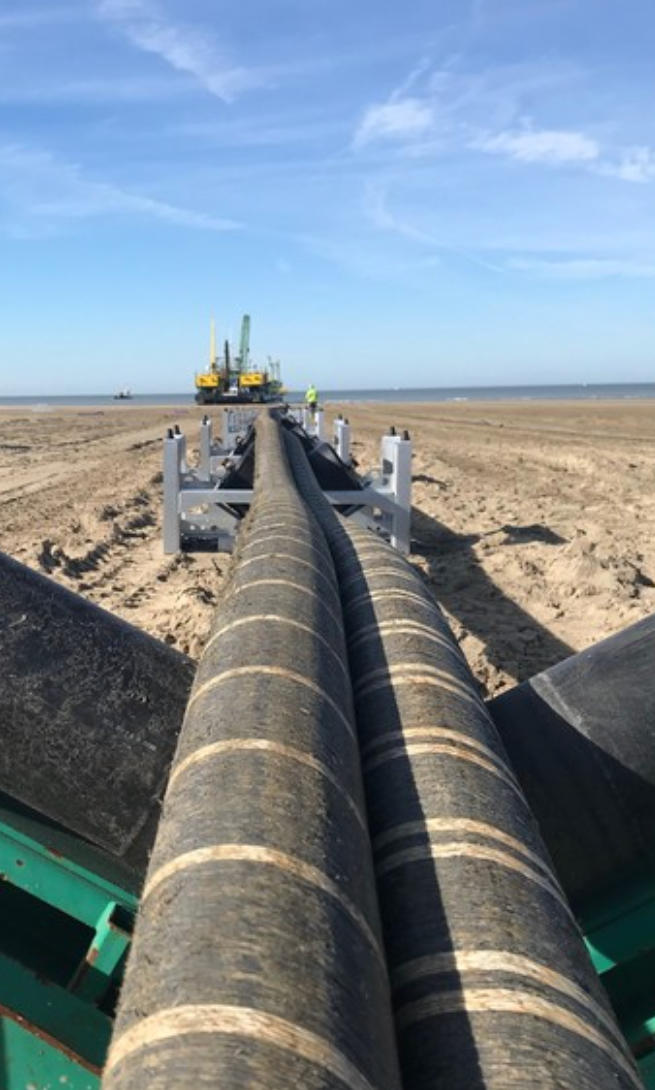 How you can help SASES

National Grid Ventures Nautilus Interconnector information days are the start of a round of public consultation.

It is vital as many people as possible submit their views via the feedback form.

The more people and businesses that make it clear Nautilus and SPR’s EA1N & EA2 onshore proposals are wrong and represent severe damage to our fragile coastal landscape, our communities and businesses …the better!

WRITE TO THE SECRETARY OF STATE

Ask Kwasi Kwarteng & Greg Hands (Energy Minister) why NGV Nautilus connection proposals in Suffolk are based on using a Friston connection that hasn’t yet been consented.

Tell Kwasi Kwarteng & Greg Hands that it is vital a grid connection is chosen in line with the governments commitment to protect our AONBs and natural environment …failure to do this would mean ‘so called carbon neutral energy’ is being pursued at any cost and to the detriment of our AONB & countryside here on the Suffolk coast.

HELP FUND SASES – Your donations all help to keep our campaign alive!

FOLLOW US AND ENGAGE WITH SOCIAL MEDIA HELP SPREAD THE WORD  – SASES NEEDS YOU!

If you have some spare time please get in touch we really need help with the campaign. If you have artistic skills, marketing expertise, social media expertise ….get in touch!

Or even if you like walking and talking and can lend a hand delivering leaflets please …get in touch!

You can fill in an online version here>>

Write to the Secretary of State at BEIS

We are asking you to write to Rt Hon Kwasi Kwarteng, Secretary of State at The Department for Business, Energy & Industrial Strategy.

Mr Kwarteng is well aware of the issues here on the Suffolk coast as he was previously Energy Minister. Please write to tell Kwasi Kwarteng and newly appointed Energy Minister Greg Hands about your personal concerns. It is vital for everyone with concerns to tell the government they must act now to urgently address the energy issues here on the Suffolk coast:

Cumulative Impact has not been properly assessed in Scottish Power’s EA1N & EA2 examinations, let alone in conjunction with the obvious impact of a Sizewell C construction or other proposed projects. In the absence of this assessment and given all the environmental damage these projects will do onshore, the Secretary of State has to consider a split decision on East Anglia One North & East Anglia Two (EA1N & EA2). This is advocated by all community groups in the area and also supported by the local MP Therese Coffey.

2. To choose a grid connection on a brownfield or pre-industrialised site which has the long-term capacity to act as a wind energy and inter-connection hub.

3. To ensure a grid connection is chosen in line with the governments own commitment to protect AONBs and provide more protection for the natural environment.

4. To facilitate timely consent for EA1N & EA2 to connect to the grid with least damaging development in a location that could support additional projects like Nautilus, whereby avoiding the costly/lengthy prospect of Judicial Review as experienced in Norfolk.

6. To ensure the opportunity is taken now, to seek to get things right now.

Only if onshore solutions are found that minimise destruction of ecology (plant life and habitat), damage to the AONB, damage to tourism and damage to communities and ensuring connection via a brownfield/industrialised site could these projects contribute positively to climate change and support the governments stated intent in this regard.

SEND A COPY TO ALL EMAILS LISTED BELOW

With regards to BEIS Offshore Transmission Network Review it is important for us all to continue to make our concerns about the energy proposals on the Suffolk Coast loud and clear.

In Parliament on 19th May 2021 the Prime Minister provided the following response to South Suffolk MP James Cartlidge’s call for an urgently needed offshore grid:

….It is vital we bring the energy onshore in a way that has minimal disruption for local communities and enables us to maximise efficiency.”
(Boris Johnson)

BEIS MUST MAKE SURE BETTER SOLUTIONS ARE FOUND FOR OFFSHORE TO ONSHORE GRID CONNECTIONS.

How can Scottish Power’s EA1N & EA2 DCO’s be consented when they are the root cause of the issues here on the Suffolk coast?

Uncoordinated projects, unnecessary destruction of protected landscapes, industrial substations on 100s of acres of greenfield land, failure by National Grid and energy companies to co-ordinate to find least damaging solutions to connect offshore wind energy and interconnectors to the grid.

Given recent parliamentary debate on energy proposals and grid connection issues it is vital for our Suffolk authorities to work with the government departments. East Suffolk Council and Suffolk County Council must stand up for constituents/electors and our coastal environment. Our authorities must take a proactive but robust approach, to help ensure the BEIS Review delivers for the medium and short term, not just the long term.

SASES are seeking to Save East Suffolk and the Suffolk Coast AONB from unnecessary industrial blight, we are up against the power of big energy companies who do not think about people or communities.

Energy companies don’t even want to acknowledge the damage their so-called ‘renewable developments’ pose to our natural environment, they are not seeking least damaging solutions, they are only concerned about getting the go-ahead for development and are using the green agenda to profiteer.

– Your donations help create and maintain our online and social media presence.

– Help with campaigning through the distribution of flyers and leaflets.

Put up a poster, banner or placard

Download a poster, using the PDF templates below, these are print quality. You can print at A4 size on a home printer. For professional printing download the A3 or larger A2 version and get them printed on paper, card or waterproof foam / correx board for outdoor placards. PixartPrinting – will print on correx or foam board from £14.99 per A2 or A3 board use offer code ‘WELCOME’

A4 Poster – Click the image above & print this simple ‘NO SUBSTATION IN FRISTON’ poster on your home printer!

A3 Poster – Click the image above and then print or save the pdf file to send to a commercial printer.

A2 Poster – Click the image above, save the pdf file and send it to a commercial printer.