Ian and Mary Shipman of Friston have raised around £16,000 over 25 years for the Suffolk Historic Churches Trust through sponsorship taking part in the annual ‘Ride and Stride’. This year they have surpassed previous sponsorship records by raising over £1,600.

This year Ian & Mary cycled to 21 churches around East Suffolk. Ian & Mary’s route was around 30 miles and they visited churches in 16 towns and villages. The route is illustrated on the map and was chosen to help raise awareness of proposed energy projects which threaten the area and our Heritage Coast. These include:

– Scottish Power Renewables/National Grid with three substations and ancillary equipment covering 32 acres, taking 100 acres out of arable use in Friston alone, plus 9 km of cable routes, 70 metres wide from Thorpeness, via Sizewell and inland to Friston.

– National Grid Ventures’ proposal to locate the substation for its Nautilus project within  the same area, to be connected to a new National Grid substation (if consented at Friston). – Eurolink a further interconnector also in the pipeline.

If approved, the construction period of these projects would be longer than 15 years, causing major disruption to residents and visitors. Threatening the vital tourist economy, closing footpaths and causing untold environmental damage. Many of our churches will also be affected, with Friston Church being less than 250M from Scottish Power’s & National Grids substations which are currently proposed at Grove Wood.

A BIG thank you to everyone who supported Ian & Mary.
Online donations can still be made on the Just Giving website below 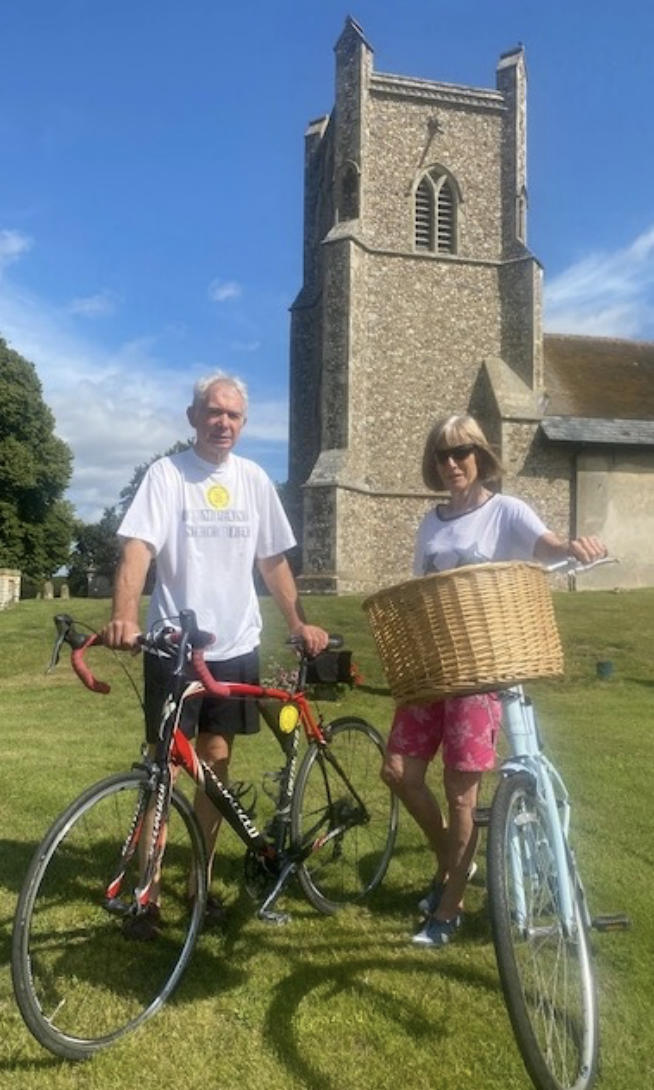 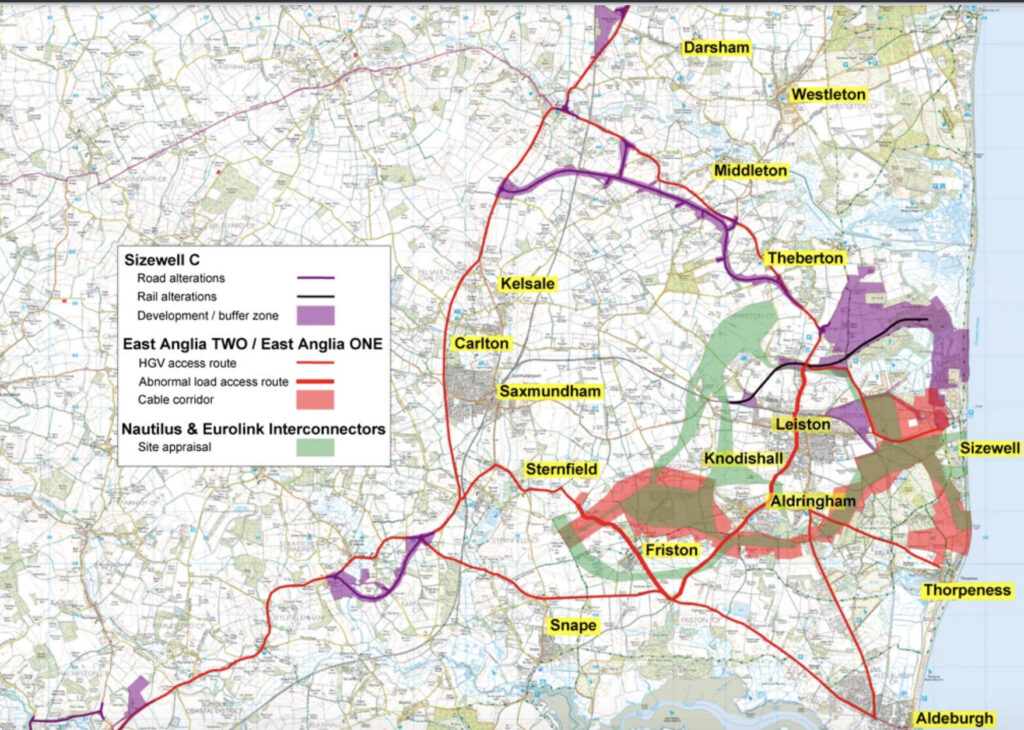